But it's been made very, very clear to me that I am not welcome in the Fediverse, and I hear you. I hoped to find an alternative to the birdsite where I could find the same fun community that existed over there in the beginning, and it's clear to me that I won't be finding that. Before I leave, I want to just make something very clear, because I've spent most of my life being yelled at by people who don't know me at all, and I want the record to be clear. 2/x

@wilw my ancestors are smiling at me, crusher. can you say the same?

@wilw - why should you not be welcome in the Fediverse?
There are so many alternative sites you can join... feel free... 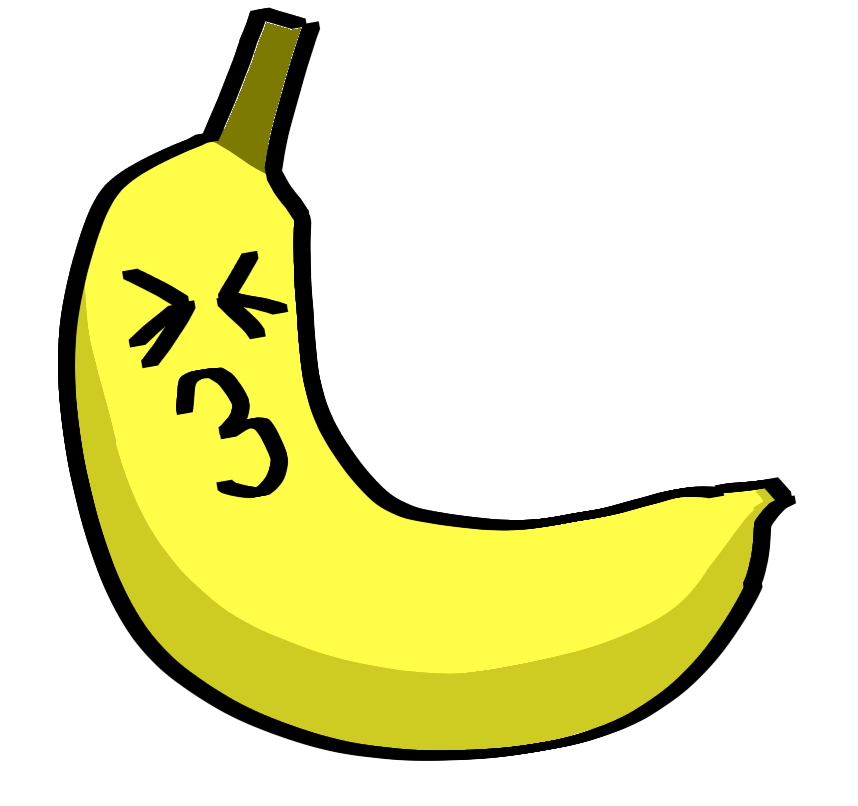 @wilw That's... extremely shitty.
Have they given you an actual reason as to why your account is being suspended?

@wilw You are still anti-trans, you didn't do anything besides pull the knife out and consider the wound healed

@wilw This must be why social media doesn't seem to exist in the 24th century. People can't be trusted not to be awful to each other.

@wilw I am really sorry to hear this. The dogpiling has been obviously shit from here, and I can't be seeing a tenth of a per cent of what you've been having to deal with.

I was hoping this would be a kinder place. Seems that people are still people wherever you go.

@wilw This really sucks 😔 I'm sorry this happened to you. And take care <3

@wilw I'd stick around.

@wilw What if we start sending more hugs? I'm happy to be the first. 🤗

@wilw please add me on fortnite

@wilw I think you should get to know Hank Green on twitter. I think he would be a great friend, My unsolicited suggestion listen to his podcast, "delete this"

@wilw i’m sorry and heartbroken, wil. i don’t know about this blocklist thing – whoever among us is without past missteps and regrets may throw the first stone, i guess.

i would’ve loved to talk more painting and art with you here.

@wilw Starting to think this is actually a parody account but still too close to the reality for comfort.

@wilw You done yet

@wilw I've enjoyed seeing you post here, and hate that you're being run off unfairly. However, you need to do what's best for you, so I wish you luck.

@wilw Kind of shitty that you're getting kicked off an instance for not really doing anything but existing. As much as I can see the admin getting frustrated with all the reports I feel like it's kind of important to make a stand when someone isn't doing anything wrong

@wilw As a non-celebrity, I just want to say I am truly sorry for these weird and bad-faith attacks you've received on Mastodon.

I thought the Fediverse was better than Twitter, but apparently we're not; the same dynamics seem to follow every form of social media.

For what it's worth, if you choose to stick around, I for one am a fan.

@natecull yeah. I never actually minded @wilw hanging around here. I even think, his rime here might have been beneficial for us and for him, and for Fediverse as a whole.

Have at me. Call me what you want.

What I hate to see is mob mentality. As if everyone who participated in this is so pure and innocent and have never ever hurt anybody ever no way not deliberately not by mistake. That's disgusting.

I've seen to something like this happrning though. That's because human toxicity it's not a technology problem, it's human behavior problem. And, as much as technophile I am (up to transhumanism even), I have to admit: it can not be solved by tech alone, at least by tech in traditional sense.

@natecull @wilw More than anything, what infuriates me is that the people doing the reporting are by and large people who have come over from Twitter in the last two weeks. They think that because they hadn't heard about Mastodon before, it must be brand-new, and that they should be allowed to take it over and run roughshod over it. It's vicious and hateful and I'm damn well tired of it.

I have my differences with Wil, but this wasn't how this should have gone down, and I'm pissed that it was.

@natecull I wish I could delete and redraft this at this point, to make it clear that I'm talking about the subset of Twitter emigres who think they can run roughshod. I've met many good folks escaping from Twitter in the last few weeks and it's a minority who seem determined to drag their unholy Twitter/4chan medley over here.

@wilw
I know I won't be the only one to say this, but why not try a different instance? Each one has its own rules.

And, FWIW, I've always enjoyed reading your material. Thanks for standing up for the important things.

@wilw
:-(
thanks for sharing those thoughts.

@wilw I’m so sorry. Please find an instance with a better admin. Mastodon is better with you in it.

@fraying @wilw Yes! People have been talking about instances specifically for celebrities and/or brands - maybe that's actually what it takes to make Mastodon work for everybody.

@tsturm @fraying Are celebrities not people too? Are they destined always to be treated differently because of _how others treat them_? That's just wrong, imo. If Mastodon can't work for a person who wants to just be a part of a community, but who happens to be famous, then it doesn't work for anyone.

@suw @fraying I agree, but nothing is ever perfect. Large companies might want to join as a branded accounts - people have already thought loudly about a separate brand instance for these accounts - maybe celebrities from a certain popularity on must be treated like a brand - they have unusual needs for engaging with other users and also blocking/muting/account management.

@tsturm @suw the dude isn’t even that famous. This is a clearcut example of an instance admin who misplaced their spine.

@fraying @tsturm Celebs are the key edge case for social networks that define whether or not the admins have fully thought through their abuse policies: Their asymmetrical networks make them vulnerable to attack, as does their fame. If a network/admins can't deal with that, they have no business running a social network.

@suw Celebrity is SCALE. Wilw's following here is modest, about 4k. On Twitter and FB, celeb accounts have tens to hundreds of millions of followers, even billions. That's mind-warping, literally.

(Three books ever have produced over a billion copies: the Bible, Quran, and Mao''s Little Red Book.)

It's powerful when the information flows /out/. It's /crippling/ when it flows /back/.

But yes, it's different.

@dredmorbius @tsturm @fraying And if a social network can't cope with that, it won't cope with concerted attacks on minority groups, or propaganda, or any one of a million other things that have made FB and Twitter awful. The world is asymmetrical now, and we don't have the tools that we desperately need to deal with that asymmetry.

@suw @dredmorbius @fraying Federation might help solve some of these problems by allowing networks to be split - it’s a powerful deterrent to keep admins vigilant. This is exactly how Fidonet operated back in the BBS days.

I was a Fidonet echo moderator and I had the power to severe a BBS from the entire network if a single user misbehaved & the admin didn’t intervene. It was a very big stick to swing.

@tsturm @dredmorbius @fraying yeah, or it can allow instances where hate festers. if you admins aren't vigilant or if the bullies don't care, there's no positive impact of federation.

This is an epidemiology / public heath problem.

Admins and devs are asleep at the wheel.

@dredmorbius @tsturm @fraying Humans aren't a disease. Seriously, I've been having these conversations for nearly 15 years, Derek for way longer. Humans aren't diseases and communities are complicated, and if the makers of Mastodon don't get that, it's doomed.

@suw Information is a disease.

Or rather, diseases are information flows leading to population-based dysfunctions.

@dredmorbius Hey doc. Seems like you've got a metaphor that really works for you there. That's cool. It doesn't work for me, tho, and I've kinda gotten swept up in your replies here, so if you wouldn't mind, please leave me off of this chain, okay?

For those interested, the idea's not mine, I just stole it:

> There are really only three characteristics of an epidemic disease – Clustering, Spread, and Transmission.

It's not that information is a disease. It's that infectious, and environmentally-transmitted diseases, are information.

@suw And if we're calling bona fides, I have 2 million years of Krell culture to back myself up.

@dredmorbius @tsturm @fraying And yet, you sill have no clue what you're talking about.

@suw Thank you for your deep, considered, insightful, well-supported, and compelling analysis.

@tsturm @suw @dredmorbius @fraying It's reasonably swinging that stick that the Internet seems to have lost over time. We've gone from abuse@ mailboxes manned by actual people to automated bots and eventually... "this is a cost centre to be eliminated".
Unmoderated space (alt.*) has its place, but so does moderated polite discourse.

Booting wilsw /for specious complaints made against him/ is a pathology, though an understandable response for an admin with few other options.

Better, IMO, would be to reach out to wilw, say, "hey, this is a problem and is overwhelming us right now", and suggest, say, freezing his account for a few days whilst to storm blows over and something else can be sorted. It's likely good for general calm.

@dredmorbius @suw @tsturm if he’d been doing anything wrong, sure. But he wasn’t.

@fraying Sometimes, if a problem /concerns/ a specific element, even if that element is /at no fault/, you address it first.

This isn't punishment, it's tretment & resolution.

Also; this process happens /all the time/ in tech, addressing scale. But usually with far more caapitalisation. Most instances are one-person shops. A few have a handful of mods.

@fraying @dredmorbius @suw @tsturm False. He (or a follower) was reporting anyone who mentioned his name, not just trolls and harassers. And there were groups of people leaving the instance solely to get away from him. Sometimes a person of notoriety are simply not wanted in a space where part of the user base doesn't want them, despite that person on their best behavior. (How many house parties do you think want a cop to attend?)

@fraying @dredmorbius @suw @tsturm It is not easy to manage a crowd. Part of administration is knowing which users are welcome and which will cause problems, and that requires making judgement calls that will not always please everybody.

Wil is a big boy, and he'll move on to a new instance or a new network. We can get past this, too.