Alright... making it official now. I have a new instance that I'm calling home over at @monsterjavaguns

While I ponder the best way to finish my ring experiments, I took a break to do something different. My wife recently got a Chinese broad sword. I'm going to do a stone inlay in the handle. Swipe to see a multi-shot detail photo.
#workinprogress
#swordhandle
#stoneinlay
#chinesebroadsword
#taichi
#woodcarving
#mastoart
#weaponart
#sword

It's a far cry from being done, but I'd say this carving experiment is coming along nicely.

Wrapped this one as a gift last night. A separate wood inlay for each of this person's five children.

Really digging this effect. European beech wrapped around purpleheart. Then carved to reveal color. Need to decide the best way to seal it. Do I fill in the cut-away or just surface coat?

Traveling for the holidays... wanted to bring my detail carving knives, but I don't have one of those fancy roll-up knife pitch things. Time to improvise!
#ducttape
#makersgonnamake
#woodcarving

I know I've been pretty quiet on the art-making front recently, but I'm still making stuff. These are going to be fun. Will share more on each as I finish them.
#bentwoodrings
#woodrings
#workinprogress
#art
#jewelry https://mastodon.art/media/XH5u0VgKph0jBQydV5Y

Found myself reading the whitepaper for Storj today. Had a giggle at this bit:

"The current implementation assumes Storjcoin, butmany other payment types could be implemented, including BTC, Ether, ACH transfer, or physical transfer of live goats."

Gotta love a protocol that considers goats as currency. :)

So... it turns out that I was wrong. Blender *does* support multi-view images (and has since multi-view) was added in 2015. But those images can't yet be used in textures.

Somehow, I'd stumbled into a bug (or delusion) that made me think it was working. Bummer.

Back to texture replacement! At least I have a workaround. :)

So Blender's stereo rendering feature actually allows for stereo/multi-view textures (allowing left eye and right eye to see different textures). And apparently this feature has been in Blender for a really long friggin' time. My dumb ass just didn't know how to use it right.

So much easier than doing texture replacement for left/right eye views in the compositor!

I think I want to pitch a talk or a workshop for #LGM 2018. But as I consider it, I'm kind of drawing a blank on ideas. Anyone got any suggestions on what might be interesting to hear about or learn?

#nanowrimo postmortem... 13.5 outlines. A far cry from my goal of 30... but things exist now that didn't exist before. So I'll count it as a success nonetheless.

Estevan Livingston is a changed man. Literally. All of his coordination is gone. He can barely stand. His eyes and ears feel like they're going to explode in a burst of searing, stabbing pain. Even his nose hurts. His head feels like a migraine and sinus infection teamed up and started taking turns slapping his brain around. Oh, and apparently he has a tail now. It's made of a bunch of pieces of metal and it doesn't seem to do much other than drag behind him... but it's definitely there, fused to his body just above his ass. It hurts like the rest of him.

He's not sure how he's gotten here. The last thing he remembers is being pulled aside for a random Fuertevirus screening. Now he's in a world of hurt, on the run, and completely in the dark about how things got to be this way.

Had some time over the weekend and made a couple batches of homemade black walnut ink. Altogether, I think I made just over half a gallon of the stuff. Looking forward to drawing more with it. Might even use it as a wood stain, too.
#blackwalnutink
#ink
#homemade
#diy 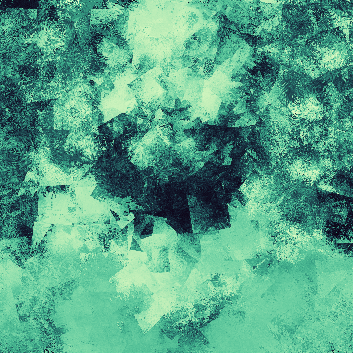 If you use #Krita, #Inkscape, #Gimp, #Scribus, #MyPaint or any other #FLOSS tool for #art or #design then you must be at the Libre Graphics Meeting 2018! The call for participation is now open!

So... I decided to set up an account over at mastodon.art for posting my art and other creative output. I'll boost those posts here if you're not interested in following me in more than one place. But if you are, feel free to follow me over at @monsterjavaguns

Nothing seems to have broken so far.
#success

Heh. Didn't really mean to go on a rant. But I did.

Way overdue for this.

The 2020 Summer Games in Tokyo. Steroid abuse is solved with a drug called Showstopper. Even if on the juice, players stay at their natural ability.

After the Games, the side effects kick in. They become grotesque superhuman monsters, only shadows of their original selves.

Enter Thom Bills, freelance corporate fixer. The pharma company responsible for Showstopper wants him to "get rid" of the problem before the bad press hurts their bottom line.