... A three-city study of workers in low-wage industries found that in any given week, two-thirds experienced at least one pay-related violation.1 The researchers estimated that the average loss per worker over the course of a year was $2,634, out of total earnings of $17,616. The total annual wage theft from front-line workers in low-wage industries in the three cities approached $3 billion. If these findings in New York, Chicago, and Los Angeles are generalizable to the rest of the U.S. low-wage workforce of 30 million, wage theft is costing workers more than $50 billion a year.

It is useful to compare the cost of these wage and hour violations with crimes that are better recognized and greatly more feared, though they are much smaller in their overall dollar impact. All of the robberies, burglaries, larcenies, and motor vehicle thefts in the nation cost their victims less than $14 billion in 2012, according to the FBI’s Uniform Crime Reports. ...

Yes, wage-theft is three times greater than all property theft. 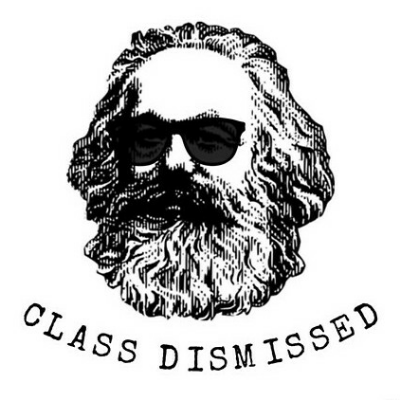 in particular, the convo here seems pro employee but there are certainly convos that are pro employer

have you noticed anything similar?

@dlovell If you'll look at my own comments in the thread (which seem reasonably well received), I've stuck to a 'just the facts" straight but firm response to claims and rebuttals. I'm also consciously going after what I see as the weakest arguments, returning to unaddressed claims, or straight-up calling bullshit, whilst ignoring bait and insults.

The HN hivemind seems to respond more positively to that.

@dlovell The wage theft post was itself a response to an earlier thread discussing inequity, here:

I'd adopted a more metaphorical though still dispassionate tone there. And enacted one of my preferred recent tactics --- care less about winning the argument and more about presenting a philosophy, or fact, before a wide public. Play the propagandists' own game, but better.

@dlovell I'm not arguing against emotive language or saying people shouldn't engage in it. That ... is tone policing.

Though if I can remain composed and argue a point, I'll do so. It can be quite powerful, leaves the opposition little to latch on to, and, if it can be useful, should be used.

@dredmorbius it's an admirable goal!

my goal is to be able to present a believable, but also true "fact finding" and "understanding the implications of your beliefs" disposition

there are some people who just want to score points and you can't make much progress with, i try to view them as emotional endurance training opportunities :-D

@dlovell That's the #sophists vs. #philosophers debate all over again.

I realised a few years back (on Google+) that there were two major schools of online discussion. One is #rhetorical, aimed at winning or convincing. The other is #dialectic, interested in understanding or finding truth. The two are almost wholly incompatible.

Dialectic discussion depends strongly on (I want to say "requires", though I'm not certain of that) a mutual respect. It's quite easiy disrupted.

Encounters with rhetoricians should be considered at best training on their methods. References to the classsics, such as Aristotle's Sophistical Refutations (the original "Bullshit Arguments Which Must Die"), and Cicero, remain useful. Very rarely can you actually win a concession. Less rarely, learn something.

@woozle (toot.cat's Supreme Uberwensch) was party to that G+ thread and has a similar interest in epistemic debate.

It's missing most of the discussion (I have a copy of that), but gives a good sense.

@dredmorbius
You have discovered that rarity of rarities, a G+ post actually preserved on The Wayback Machine! Future scholars will study this ancient marvel for the clues it may offer about the civilizationa and culture of The Beforetimes People.

(I might well have some of the comments archived on GMail, but the date-filter UX on there is abysmal -- very much worthy of a prolonged #softwareGripe.)

@woozle One thing I did once I'd successfully created my own offline G+ archive was to parse it for URLs and submit all of those to the IA's Wayback Machine. The 15 Jan 2019 archive is the most complete of those. A very simple (and persistent) shell script. Ran for a couple of hours.

So I've probably got one of the more complete G+ post histories out there.

(The ArchiveTeam's effort was heroic but very lossy.)

I continued posting through the end, but that was virtually all migration related. There's an offline archive.

I wrote a js frontend for that g+archiver and managed to grab not only my own posts (which I published, including comments), but also those of my friends (which I don't dare to publish, because I don't own them). My friends included John Baez (he had too many posts, I didn't get all of them), and Greg Egan, and a bunch of other cool mathsy people. Not sure what to do with those, beyond recovering conversations I had with them.

I also have a copy of not only Alexander Bogomolny's bird watching photos from g+, but also his Cut The Knot website as it was when he died, but now there seems to be a book about it, so I won't be able to keep it public either. Which seems ironic, because he never wanted any money for his work.

I just noticed that the Bogomolny's website is still on-line. I must have misspelled his name, last time I searched for it: