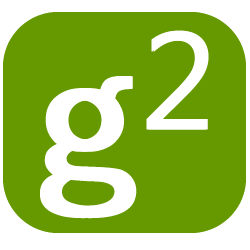 TIL: You can run a crude-and-simple Internet Archive request generator from shell.

web<dot>archive<dot>org/save/<url> will trigger a save request for whatever that URL is. You can run this via curl or lynx (or other shell tools).

Get a list of URLs, feed it to a bash loop, and save them in the Web's Library.

(This has ... other applications as well.)

It's worth remembering email is supposed to be a federated system. It centralized itself because the job of moderating (mostly against spam) became too much for a lot of smaller operations. If the #fediverse is going to thrive as it grows, it'll need moderation tools that are built with this vulnerability in mind. This is all pretext for a rather glib thought:

#ActivityPub is a protocol for federating social activity. Could it be extended to federate moderation activity?

A PUMPKIN MAN SITS INSIDE A PUMPKIN HOUSE

IS THE HOUSE MADE OF FLESH
OR IS HE MADE OF HOUSE?

HE SCREAMS, FOR HE DOES NOT KNOW

The Singularity: A elusive future world dominated by super intelligent AI and the companies that use them.

The Plurality: An alternative future dominated by dense flat peer-to-peer networks of empowered citizens acting together to build a just and equitable world.

Here is the cover of Ploy, which is the whole reason I bought it, if we're being honest.

make sure to venmo me $0.02 every time you reply to my posts

With an accidental encounter of a whole "instance" called "stalin rocks" in the federated timeline, here is a small note that was written as a reply to a random user of that "instance".

Hashtags, i guess, would be #communism #stalin

I was thinking of #twitter and some other social media networks when I wrote this...

The social network of the future: No ads, no corporate surveillance, ethical design, and decentralization! Own your data with Mastodon!