From Indonesia. 🇮🇩 he/him, but they/them is fine, too. | #fz_drawing | #fz_thinkingOutLoud | #fz_links | #fz_webVideos | #Socmed addict but working on it. Recently unemployed, but still hopeful that I'll get stable employment soon enough. Very occasionally depressed but not infectiously so I promise. On the Mastodon side of the Fediverse since 2017-ish. How many characters of profile text do we get anyways on Masto nowadays? On and on and on and on...

Enjoy being where you are.

No you're neither Einstein, Napoleon, Jesus nor Muhammad.

But just enjoy being who you are.

Because if you fail to enjoy being who you are, you'll probably loose all the energy you actually *need* to become who you're actually *meant to be*.

I keep phase-changing between being serious and being silly... and too rapidly at that I think...

I've been traumatized by that game and I don't want to play anymore.

Commentary is scary. Because eggshells. [/repost]

What if Kyle Rittenhouse that night had actually been looking to commit suicide by cop, or suicide by antifa/BLM? That he was sick of living such a repressed life in his conservative gun-nut home and just wanted to get it over with? Maybe take down a few commies & blacks down with him on the way out?

🤣 Lol Update: an acquaintance gave me the following funny memepic in response to the above news.. #fz_funny

Happiest port I’ve ever seen on a computer

It continues, the cyberbullying controversies...

Earlier today PC Gamer magazine tweeted, "What game did you play this week?", as an engagement prompt.

This past month I've played Need For Speed Rivals and Hollow Knight. Also a very brief revisit to Subnautica (the original, haven't bought Below Zero yet).

Earlier this year I finished Ori & the Blind Forest (the 1st game), Journey, and Tomb Raider 2013.

“We Drank the ‘Proper’ Amount of Water Every Day for a Month, Here's What Happened” 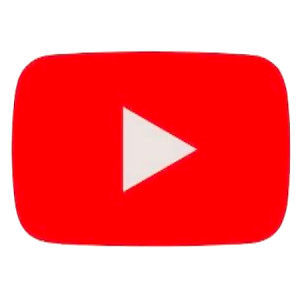 The person who tells the most compelling story wins.

Something can be factually true but contextually nonsense.

Tell people what they want to hear and you can be wrong indefinitely without penalty.

Woodrow Wilson said government "is accountable to Darwin, not to Newton."

Behavior is hard to fix.

"Logic is an invention of man and may be ignored by the universe," historian Will Durant.

Being good at something doesn’t promise rewards.

The world is governed by probability, but people think in black and white ... because it’s easier.

Henry Luce: "Show me a man who thinks he’s objective and I’ll show you a man who’s deceiving himself."

Most fields have only a few laws.

The only thing worse than thinking everyone who disagrees with you is wrong is the opposite: being persuaded by the advice of those who need or want something you don’t.

Simple explanations are appealing even when they’re wrong.

Self-interest is the most powerful force in the world. (For good and bad.)

Progress happens too slowly to notice, setbacks happen too fast to ignore.

It is way easier to spot other people’s mistakes than your own.

Reputations have momentum in both directions.

A RoboCop prequel series is in the early stages of development, but it won't feature RoboCop. [IGN, Sept 10, 2020]

Believe it or not, there actually *are* people around who would Buy That for a Dollar.

I mean, an ultra-corporate neoliberal capitalist nightmare near-future dystopia? Who wouldn't want to see that? Cyborg-cop or no cyborg-cop?

the escape key on my wireless bluetooth keyboard died; confirmed. the keyboard fell one too many times, I guess. *sigh*

An interesting three-emoji choice for today... for this whole season, even...

"So unfair. You do all that great charity work, but a couple of genocides and suddenly those are all anyone talks about."

"...in my humble but correct opinion, Mozilla should be doing two things and two things only:

* Building THE reference implementation web browser, and
* Being a jugular-snapping attack dog on standards committees.
* There is no 3.

"... At this point, I assume Mozilla's voice on the standards committees has all the world-trembling gravitas of "EFF writes amicus brief.""

And no I'm not saying that it's a necessary move either, I'm not advocating for a project name change at this time. I'm not itching to do a cost-benefit analysis or SWOT analysis of such a brand identity move at this time but, in as much as I am an amateur, I do see that it's not necessarily necessary at this time.

From Indonesia. 🇮🇩 he/him, but they/them is fine, too. | #fz_drawing | #fz_thinkingOutLoud | #fz_links | #fz_webVideos | #Socmed addict but working on it. Recently unemployed, but still hopeful that I'll get stable employment soon enough. Very occasionally depressed but not infectiously so I promise. On the Mastodon side of the Fediverse since 2017-ish. How many characters of profile text do we get anyways on Masto nowadays? On and on and on and on...